School was out for the summer. This was a time of great excitement for me as a young teenager. I was not old enough for a real world job and could still enjoy some of the benefits of childhood.  The responsibilities of adulthood were still distant. The end of the school year was a passport to adventure.

The first adventure would occur on the Memorial Day weekend. On the Saturday before Memorial Day my family would pack our bags and go to the local campground. It was fun to put up the tent and explore the surrounding area. The campground was located near the river where there was an area for swimming. A large rope hung off a tree for those daring enough to swing and jump into the river.

Supper was cooked over a campfire. My mother had several coolers organized according to meals. Drinks were in one and food for the trip in the second. She was determined to enjoy the trip without having to constantly do chores. The meals were simple and delicious. Relaxation was the rule of the day.

Sunday was spent canoeing down the river. There were a few small rapids on the river that presented a thrill when going down the river. A relaxing way to spend the day. Saturday night was filled with music. My father and brother played the guitar and began to lead the sing a long while s’mores were cooked over the open fire.

The weekend would end on Monday as we packed our bags and returned home. My family would return home in early afternoon. Our neighbors held a small parade each year to honor our veterans. Riding lawnmowers decorated with American flags would ride down the street. It was a pleasant site to observe.

June was a fun month to continue the adventure. Each morning I would ride my bike to the local pool and practice with the swim team. It was fun to compete with my friends each week in the swim meets. Winning was nice but rare for me. It was just fun to be on the team. The lazy days of summer were spent riding bicycles, swimming at the pool, and exploring new hobbies. This time was a wonderful adventure in life. 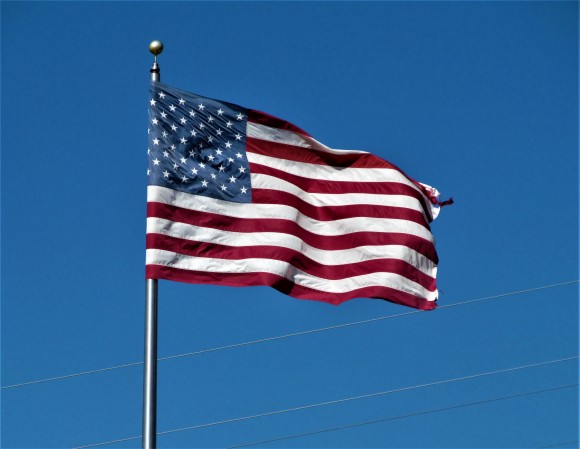 July would begin with a huge Independence Day celebration. There would be family and friends gathering at our home. There would be some kind of meat in the smoker to be eaten with the late afternoon meal. My uncle made the best beef brisket with his special marinade. All these years later I can still remember the anticipation of eating that wonderful brisket.

In the afternoon there would be games and conversation. My father would make barbecue sausage on the grill as a snack and homemade ice cream would be made in the churn. The meal would be served on a table decorated with red, white, and blue plates and napkins.

The evening would continue with music until time for the fireworks. We lived close enough to see the firework display of a local festival. It was fun to sit and watch all the wonderful colors crackle in the sky.

In late July it would be time for the family vacation. Each year my family shared a rented house with some relatives on the beach. It was a wonderful week filled with many fun adventures. Usually the first two days were spent playing in the ocean and laying on the beach.

After the sun burn set in on the third day it was time to spend less time in the sun and work on some summer hobbies. I loved to read novels and write. The afternoon was the perfect time to explore new places and solve mysteries through those novels.

The mornings continued to be about beach volleyball. We set up a net and all of the cousins would play. There would also be some teenagers that we had met that would join us. After our afternoon individual pursuits it would be time for one last walk on the beach. Time passed quickly and soon it was time to return home

I can still remember those days of freedom and adventure before the responsibilities of adulthood set in. Reading the stories that I wrote of these summer adventures fills me with joy. It returns me to a time when the simple pleasures of life were an adventure.

4 replies on “Mississippi Summer: A Teenager’s Passport to Adventure”

Thank you for your kind words. My family is wonderful and we miss all of those who are long gone. Thanks for reading.

Thank you for your kind words. Thanks for reading.