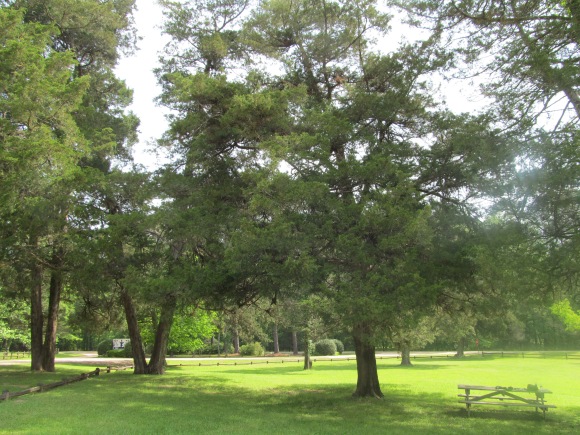 Piper and I were in the yard playing ball. It is such fun for Piper to throw the ball and for me to chase it. Sometimes she can be good leader of this pack.  After returning the ball to Piper several times I notice a squirrel in the yard. They are more fun to chase than a silly green ball.

I laid down in the grass in a strategic position so the squirrel would not see me. Slowly I inched closer to the squirrel. The squirrel was munching on some bird seed in the feeder and did not notice me. At just the appropriate moment I sprang into action and began to chase the squirrel. 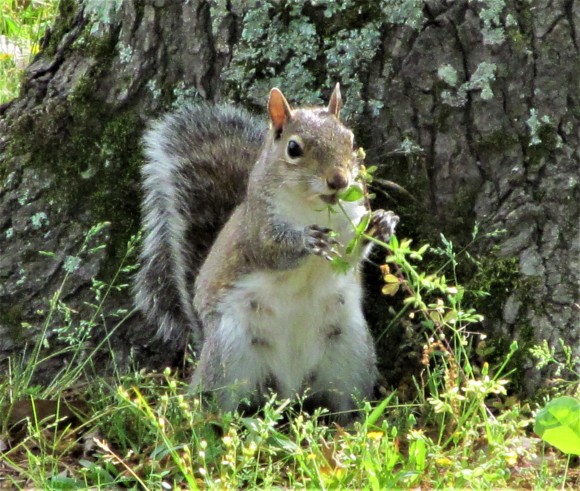 We ran across the yard until we reached the six-foot fence. The squirrel leaped to the top of the fence and onto the roof of the house. The squirrel turned around and laughed at me. I quickly spread out my large golden ears and began to fly onto the roof. The sudden realization that I could fly startled the squirrel and the chase continued all over the roof.

I almost had him until my ears hit a lull in the wind and I slid to the ground. Fortunately I was given a reprieve from the fall on the ground and was uninjured. Piper was upset with me flying onto the roof but calmed down once she realized that I was not hurt.

It was time to return to the park for the family’s Memorial Day picnic. I decided to let Piper drive this time since there was so much traffic. We arrived at the park and headed toward the picnic area. The table was filled with all sorts of great smelling foods.

There was the aroma of the barbecue sausage cooking on the grill. A piece of this wonderful meat fell on the ground and I quickly grabbed it. It had a slight spicy taste as I was eating it. These people have a talent for cooking.

The table had baked beans, potato salad, and several other great smelling dishes scattered in a pattern. Then I saw the most wonderful dish of all. It was an apple pie with a brown crust. Apples are my favorite snack in the entire world. That apple pie would be mine.

Sitting in the middle of the table it was going to be a challenge to get the pie. The wind was calm now so flying was not an option. But then I saw the trampoline sitting close to the table. I formulated a plan and sprang into motion. Jumping on the trampoline I began my routine. There were several children around so I decided to add some acrobatics to this adventure. 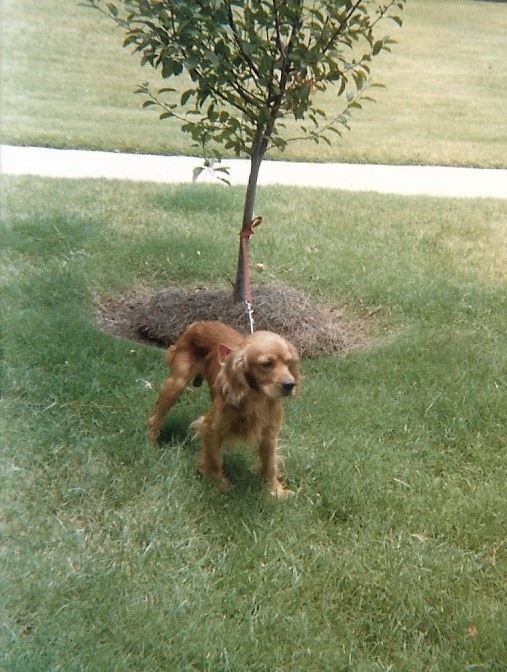 First came the normal up and down motions and then I decided to spice things up a bit. It was fun to do somersaults high in the air. Jumping this way also made it easier to get to that apple pie. After a few extremely high twists and turns I aimed my next jump toward the apple pie.

Flying into the air I flew across the table and grabbed the pie. Landing on the ground with my prize intact I scurried to a spot behind a tree and began to enjoy my feast. Every bite was a joy to the senses. The aroma was of a freshly baked pie and the taste was super sweet.

Soon after finishing the apple pie I did not feel very well. All of a sudden my super powers seemed to have vanished as I fell into a deep sleep. The shade under the tree provided a cool space for my nap.

About this time Piper noticed that the apple pie was missing and came in search of me. She panicked as my breathing began to labour from eating all of that sugar. For a few minutes it appeared as if I might die. But God gave me a reprieve. My breathing quickly returned to normal.

I slept for eighteen hours and then awoke to find Piper gathering our things for the return trip home. The sun was shining brightly as we prepared for our trip home. I took one last trip down the path by the lake.

This time I decided to stand in the water and take a cool swim before returning to the car. Piper was ready to leave so I left the water with only a small fishing bobbin as a prize.

We made it home safely without any issues. It was a fun trip and I anxiously await our next adventure.

4 replies on “An Adventure in Skipper’s Tall Tales”

Did this event get recorded?? I’m laughing imagining Skipper doing acrobatics trying to get to the apple pie!

Skipper decided that in being famous he may lose the ability to be lazy when he wanted to. He made Piper promise to not reveal his super powers until he had been in Heaven for 20 years. So now is the time for his adventures to be revealed so that perhaps he will get the steak bone of his choice in Heaven. Thanks for reading.

Awww I didn’t realize. Sorry for your loss but thank you for sharing these wonderful stores! Great way to remember 😊

Thank you. He was a wonderful dog with a bright and bubbly personality. Thanks for reading.