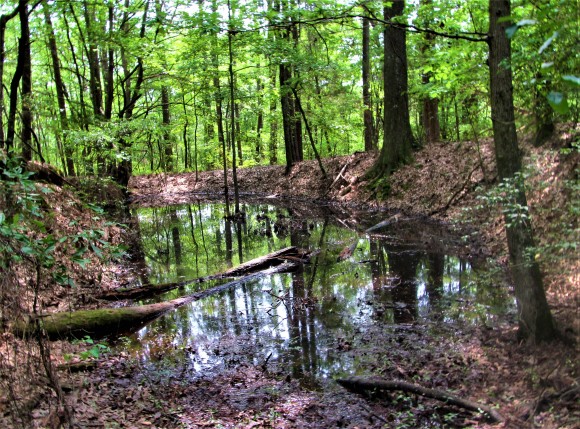 The morning was beautiful in the Grand Teton Mountains with the sun shining through the trees. On top of the mountain it was still cool enough for a jacket as my friends and I  were  looking for which path to hike down. There was one sign that indicated a one mile hike and the other path was a six-mile hike.

The first part of the trail was rocky and the descent was a little difficult. At times it was a struggle not to fall and twist my ankle. The scenery was beautiful with green trees and dew still on the grass. There were song birds in the trees and my soul was refreshed by the sounds of nature.

As the day progressed the temperature began to rise and the heat began to settle into the day. There was now a field filled with beautiful yellow and white flowers to cross. The wind was blowing making the flowers appear to dance in the field.

This field had tall grass and the trail was difficult to see. I jumped several times believing there to be snakes in the grass each time the wind blew across the field. It was an adventure trying to photograph this beautiful spot without giving into the fear of dangerous wildlife.

Soon we came to the river flowing down the mountain. It was cool and inviting and there was a spot to picnic. We lay down blankets and unpacked our food. Our lunch was wonderful and tasted better to us due to the hike. Six miles of hiking in the mountains is different from the flat land and small hills in Mississippi. We were tired and grateful for the break.

After the meal we hiked some along the river bed. There were many rapids crossing the rocks of the river. The rapids had a certain calming melody that helped to relax my now aching legs.

As we progressed farther down the mountain it began to rain. The rain shower did not last long and the sun began to shine. We could now feel the humidity and the heat beating down. Finding some shade we sat down and enjoyed some cool water.

We were now more than half way through our trip and began noticing the wildlife close to the trail. There were squirrels and a variety of birds. As I moved closer to take a picture of some birds there was a bustling in the trees. Coming closer to see what was moving a moose came out of the brush.

He was a large brown moose and had huge antlers. We had been advised that there were moose in these mountains and to maintain a distance from these animals. They had occasionally attacked people.

The moose was approximately six feet from me. His size was intimidating and I was beyond frightened and almost in a state of panic. For a brief moment it appeared that time stood still.

I stood completely still as the moose surveyed me contemplating what to do. Then in an instant the moose turned and ran in the opposite direction of me. Not one to stay in a dangerous situation I ran immediately in the direction away from the moose. It was about half an hour before I calmed down.

My friends were entertained from watching this drama. They would recount and embellish for years this encounter with the moose. Many would wonder why no one thought to take a picture of this scene.

Nearing the end of the trail it was time to sit down and take a break again. We had reached the point on the trail where there was a barn with horses offering rides for a fee. Many people passed us riding horses on the trail wondering why we looked so tired.

Finally we were at the end of the trail at the parking lot. My legs felt like spaghetti and I was in pain. It would be several days before the soreness left my body. Still the scenic route down the mountain was worth it.

I will never forget my encounter with that moose. The precipice of that moment will linger for a lifetime. It is still a story that resonates at some barbecues as we remember our adventures in this journey through life.

8 replies on “Precipice: A Mountain Hike and the Meeting With A Moose”

Nice story. Felt like I was there with you.

Thank you for your kind words. Thanks for reading.

Great story. Pity no one took a pic but I imagine the image of that moose is permanently etched into your brain! 😃🐻

Thank you. I can still see every detail of that moose. It was an exciting adventure. Thanks for reading.

Wow!!! That is an amazing story!

Thank you. It was an amazing trip. That moose will forever be in my memory. Thanks for reading.

Thank you. It was an adventure. Thanks for reading.