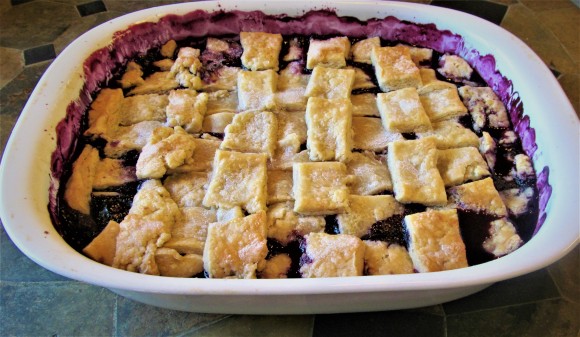 My kitchen is filled with light in the crisp late afternoon. It is the perfect time to bake cakes and other decadent desserts. This is a special afternoon since I am baking a blueberry cobbler for my father. Tomorrow is his birthday and there will be a celebration in his honor. The recipe for the cobbler is from a handmade cookbook made for a similar celebration many years ago.

Memories float back to that day in June as family and friends gather at the nursing home. It is a beautiful sunny day and the weather is warm. Meme had been in the nursing home for several years and had informed the family that she was ready to pass into the next realm of existence. After this day she had planned to cease eating food and let nature take its course.

Carefully I pour over the cookbook trying to decide which cobbler to make for this occasion. The cookbook has several cobbler recipes all of which Meme liked. I choose the blueberry cobbler recipe and pull out the ingredients. Hoping that the cobbler will turn out well I continue to remember that day.

Several months prior to that day in June my aunt gathered the siblings together to discuss what to give Meme on this special day. After much discussion it was decided to put together a cookbook of the favorite recipes from years of family dinners. Each sibling would put together a list of dishes she cooked over the years. The siblings would gather at a later date to decide which recipes would be included in the cookbook.

My father had several favorite dishes to contribute to this cookbook. Often the family would gather and have grilled food. One of his favorites was barbecue sausage. For many years the barbecue sausage would appear at family gatherings. My father would prepare the sausage a few days in advance to let the seasonings marry each other. On the day of the family gathering he would be standing in front of the grill with barbeque sauce on one side and a pair of thongs on the other. I can still smell the aroma of the cooking sausage. It is a wonderful memory. 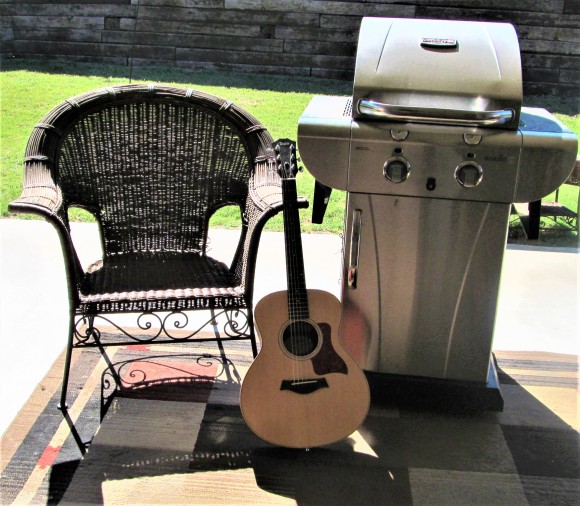 My uncle also contributed a meat recipe to the cookbook. In their childhood barbecue ribs would appear each holiday in the summer. These ribs would be seasoned with his special rub and then cook on the smoker for hours. Served with baked beans and potato salad this was a feast for the eyes and taste buds. It was a must have recipe for the cookbook.

My older aunt was fond of banana pudding. Each Sunday this pudding would appear on the table as dessert. My aunt learned to make this banana pudding as a young child when Meme was teaching her how to cook. A simple recipe that a young child could contribute to the family meal. A wonderful addition to the cookbook.

About a month before the birthday celebration the siblings gathered to survey and discuss the recipes collected. In addition to the favorite recipes there were a few included that the grandchildren enjoyed. It was a wonderful afternoon as the siblings sat sorting out and finally settling on the recipes for the cookbook.

Along with the recipes it was decided that little bits of family history would be included in the cookbook. There would be stories to accompany each recipe. Every sibling would contribute at least one family story.

The cookbook was copied and bound with a simple binder. My younger aunt was artistic and liked to draw so all recipes were illustrated by her. Meme was asked to tell a story about cooking for the family which was included on the first page. In relating this story she did not know it would be the foreword of the cookbook.

On that afternoon in June Meme was taken into a gazebo by a lake at the nursing home. Surrounded by her children and grandchildren she was presented a copy of the cookbook. A great speech was made by my aunt’s husband about how special she was on this day. Tears came from her eyes as she smiled at the gift.

Meme passed away about a month after this celebration of her life. Meme had signed a copy of each cookbook that was given to each sibling and grandchild. I cherish that cookbook and the love contained in it.

My blueberry cobbler is finished and the sausage is marinating for my father’s birthday. He will be standing by the grill with his barbecue sauce and thongs. The blueberry cobbler will be dessert and the memories of family will continue to be alive and well.